RSS Feed
← If You Feel Bad About Your Family…
Everything I Need to Know I Learned from Charlie Brown. →

How to Converse with People.

You know that feeling when you don’t know what to talk about?

Well, I googled “subjects to talk about,” just so I’d that always have some awesome conversation starter when that moment of silence becomes too much to bear.  The first thing that comes up is “Topics to Talk about with Your Boyfriend.”  OBVIOUSLY, YOU CAN’T HAVE AN AWESOME RELATIONSHIP IF YOU HAVE TO GOOGLE WHAT TO TALK ABOUT WITH YOUR BOYFRIEND, GUYS.

But anyways, one of the links was “Fun Questions to Ask Your Boyfriend.”  I click on that.  It suggests coming up with a list of questions to ask a new boyfriend.  One of the great examples they give is, “what did the kids in your town do on the weekend?”   Excuse me, ehow.com, but since when did guys ever want to talk about what they did as kids in their hometown?

It also suggests questions like, “If you had a million dollars and twenty days to live, how would you spend it?”  Okay, this isn’t third grade.  No one wants to play this game.

You should also, according to this website, be discreet when asking your list of “getting to know you” questions.  Don’t interrogate him, he’ll figure out that you’re reading questions off of a piece of paper, basically.

While you are questioning your boyfriend, be sure to give him food.  He’ll be much more open then.  Also, make sure that you listen to what he has to say.

I’m not totally sure how “subjects to talk about” actually translates to “ways to get a guy to never speak to you again,” but I’m sure their ideas are very effective.

If you’ve considered any of the above, please just cancel your date with that guy right now.  It’s not going to end well.

If you want to know something about the guy, just ask him.  Here are some things that should be on the top of your list:

1. Do you have a girlfriend?

2.  Are you talking to anyone else?

I think you get the picture.  I’m sure there are things you should worry about like morals or whatever.  But the girlfriend thing is kind of a big deal breaker.  Just saying.

Have fun on those dates, everybody. 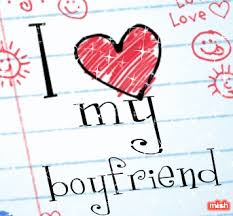 I like lists, cheesy movies, and over thinking things.
View all posts by lifeasagirl14 »
← If You Feel Bad About Your Family…
Everything I Need to Know I Learned from Charlie Brown. →